You gotta love this guy 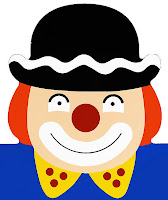 A number of economists on and off Wall Street are ringing the recession bell, as they have so many times in recent years. But the Goldilocks economy has proven to be more durable and resilient than her critics appreciate.

Goldilocks dodged two potentially recessionary bullets this week. While modest gains in retail sales and industrial production suggest temporarily slower growth for the U.S. economy, these indicators are not signaling recession. In particular, Friday’s 0.1 percent production increase — which comes to 2.4 percent at an annual rate over the past 3 months and 2.3 percent over the past 12 months — removes the recession scenario. It’s slow growth, but it’s growth nonetheless.

To get a true recession reading, the production index would have to fall for 4 to 6 months in a row. That’s not happening. Despite some monthly declines over the past half year, the production reading for January was 114.2 — exactly where it was in July and September of last year. Looking inside the January index, there was a 0.3 percent increase for consumer-goods production and a 0.4 percent rise for business equipment. Both are solid numbers.

And I thought Bill Kristol was delusional when he talked about Iraq. Mr Kudlow puts Mr Kristol to shame. Sorry Larry, sometimes Chicken Little is right and the sky really is falling. Maybe this is why economists who aren't taking the same drugs Larry is taking are not only predicting a recession but say it's already here:
Bleak economic reports signal recession

WASHINGTON (Reuters) - A series of bleak economic reports on Friday showed the mood of American consumers deteriorating in February to a point that has usually signaled recession, while factory activity in New York state suffered its biggest drop on record.

"This is just horrible. The sustained volatility in the markets, the rise in energy and food prices and, of course, the catastrophe in the housing market is making consumers extraordinarily miserable," said Ian Shepherdson, chief economist at High Frequency Economics in Valhalla, New York.

Stocks slipped on fears that a slowdown in consumer spending, which makes up about 70 percent of U.S. GDP, could signal serious problems for the economy. The Dow Jones industrial average regained some ground by the end the day, but closed down about 28 points, or around 0.2 percent, at near 12,348.

The flight into safe-haven Treasury securities pushed debt prices up, sending yields on the benchmark 10-year note to 3.77 percent from 3.82 percent late on Thursday. The dollar slid against most major currencies as the data fueled fears of more economic weakness ahead.

The Reuters/University of Michigan index of consumer sentiment dropped to 69.6, well below analysts' median forecast of 76.3, from 78.4 at the end of January. The February reading was the lowest since February 1992.

"The sentiment index has only been this low during the recessions of the mid 1970s, the early 1980s and the early 1990s," survey director Richard Curtin said in a statement.

Financial markets, however, took their cue from the record drop in a gauge of February factory activity in New York state, which fell to nearly a five-year low.

Sorry Larry, you may not see a recession but all the customers can see they have no discretionary income in their future. That's really what a recession is all about.
Commentary By Ron Beasley --- 5:49 PM

Email ThisBlogThis!Share to TwitterShare to FacebookShare to Pinterest
Tags Economy
Newer Post Older Post Home
There are two novels that can change a bookish fourteen-year old’s life: The Lord of the Rings and Atlas Shrugged. One is a childish fantasy that often engenders a lifelong obsession with its unbelievable heroes, leading to an emotionally stunted, socially crippled adulthood, unable to deal with the real world. The other, of course, involves orcs.
~Kung Fu Monkey
--------------------