The sad, sad news came in the form of an email from Ron Beasley’s sister:

Dear Ron’s Friends – It is with a heavy heart that I let you know that my brother – Ron Beasley – passed away suddenly yesterday. Before he died, he asked me to let you…know. He died just a few weeks shy of his 70th birthday. His ashes will be interned in the Veterans Memorial Cemetery in Portland – where our parents are buried. Thank you for being Ron’s friend. Kindest regards..”

Later, on Facebook, his sister expanded on the email:

It is with a heavy heart that I inform all of Ron’s Facebook friends that my brother passed away suddenly yesterday – a few weeks short of his 70th birthday. He was a man of many talents, such as photography and he leaves a legacy of beautiful images for us to continue to enjoy and remember him. But, perhaps his greatest gift, was taking care of our dear mother during her final years. May you rest in peace dear brother – I will miss you – All my love, jo

His name was familiar to those reading on the Internet. For years he ran his own excellent blog, Middle Earth Journal. Then he wrote for Newshoggers. But Ron was far more than writing posts on the internet. MUCH more, as he noted in a bio on the blog Newshoggers:

I’m one of the old guys here having been born in 1946 I’m at the leading edge of the baby boomers. I graduated from college in 1968 and found myself in the Army shortly there after. My military career consisted of two and half years in Munich Germany as an editor/interrogator for the Defense Intelligence Agency. I spent most of my life working as a manufacturing engineer for several multinational corporations including two Japanese companies. About nine years ago my company and my job were shipped to Asia. Since then I having been working as a photographer and graphic artist. You can see some of my art at Just Pictures.
I also post at The Moderate Voice
I do book reviews for both Newshoggers and The Moderate Voice.I am a registered Independent but very liberal/progressive on my political leanings. I live in the beautiful Pacific Northwest. Before joining Newshoggers I had my own blog, Middle Earth Journal, for four years.

Ron was a very special person. He’s one of those people that cared soooooooo much, was creative, loved nature — and had a big heart. What you saw and read is what you got. I had never met Ron personally or even talked with him on the phone. But we had a long email friendship that goes back more than 10 years. It started when he had his blog, Middle Earth Journal, and I’d quote from it in my long political roundups. Then we started emailing. In 2005 when he criticized me in a post on his blog for my viewpoint on anti-war demonstrators, I took it as a sincere criticism from someone who merely had a different perspective and who wasn’t playing the tiresome attack and discredit games so many bloggers and partisans fall back on. Ron was serious and his criticism came from the heart and from another rarity on some websites: from an analyzing, thinking, weighing the thoughts brain.
Ron wrote on his blog and then on Newshoggers, and when he finally took me up on my longstanding invitation to coblog on TMV, I was thrilled, and he eventually became an assistant editor.
We all have our flesh and blood friends and our internet friends we’ve made via social media or email. Ron was a close friend who I never met but had wanted to. Some friends, particularly Internet friends, can be fickle. People will write in a way they would not dare speak; they will blow up sitting at a keyboard and typing words in emails, in comments and on Facebook in a way they might not if they sat down with a person and looked them in the eye and discussed. There’s far more possibility for an Internet friendship to evaporate or be damaged than with face-to-face friendships. I learned over the years that many Internet friendships end in misunderstandings and more profound grief than others know (but they do help keep a therapist in business). The key, I keep telling myself, is don’t get too attached, but I do. With Ron, there was no worry.
Ron was Ron. And that was a lot and meant a lot.
As my mother who passed away at 93 began to enter the final stages of her otherwise wonderful life, I had a strong appreciation of Ron’s role as his mother’s actual caregiver. My sister, brother and I adored our mother. She lived at a superb senior center in Hamden, CT. In Ron’s case, he took care of his mom and put his guts, soul, every fiber of his being and his big heart into making the end of her life as comfortable and loving as he possibly could. I personally feel it took a big chunk out of him. He cared and loved so much and paid her back for all of the love she had given his family when she was physically more sound.
As time went on, Ron expressed disgust and increasing disinterest in our increasingly toxic political scene and found it hard to write on politics. I then encouraged him to post his wonderful photography — and give it a wider audience. I social media-ed his photography posts to try and get them maximum exposure. At one point I told him to write whatever he wanted whenever he wanted and not even be concerned about whether it’ll have a huge readership. Do it as a creative, fun process.
In later emails, Ron would discuss some health issues and begin to talk about his mortality. Several people wondered where he had gone. Last week someone emailed me asking about Ron and expressing concern and seeking his phone number. I didn’t have it since I never talked to him by phone. But I was not concerned since Ron had often written on TMV, dropped out for a while, then come back. In retrospect, inquiries about him reflect good intuition. I now see that his last post was in January.
Ron’s greatness is in an area that’ll get little publicity: his decision to dedicate his life, focus his love, and pour every ounce of his being into taking care of his mother in her final years. It was an act in concept and execution worth more than any jewel, more than a 12 foot diamond. It’s what he felt he had to do and did — and didn’t expect thanks for it.
And so a gentle, caring, loving, creative soul has now left the upper earth.
But I’m betting wherever he is, he’s getting thanks for it — for in so many ways being someone that many could and should emulate.
We were all lucky to have known Ron. And now the upper earth is a bit poorer since he’s no longer among us.

I shared a blog with Ron some years ago and only now, checking the stats at my own blog, I discovered quite by accident that for reasons I cannot explain I also have access to this blog. He was, as the Moderate Voice link says, a gentle creature and I have thought about him a lot over the years.

Flowers themselves are works of art it is easy to to take fine photographs of them. 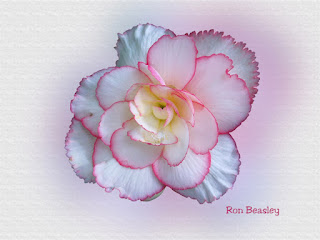 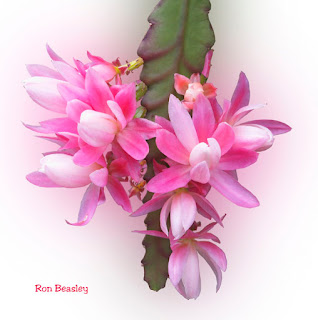 We are by nature and genetically tribal creatures. A sense of community has always been important. In our urban and technological environment we have lost much of that. I live in a suburb of Portland, Oregon and rarely see any of my neighbors. Christopher Ingraham of the Washington Post wrote an article on the worst counties…

Unable And Unfit To Govern

Over at Slate William Saletan documents how the debate on the Iran nuclear deal prove that the today's Republican party is unable and unfit to govern. I'm not going to do any copy and paste so go to the link to read it. We have a few things going on here and if you were to…

Death Panels, End of Life Treatment and the Quality of Life

From a really personal point of view this article jumped right out at me. A new study finds that, at least in cancer, there's a very real medical reason to consider giving less treatment at the end of life: chemotherapy doesn't improve dying patients' quality of life. In fact, for those terminal cancer patients who were…

At 69 I like most of the people alive I have lived with the threat of nuclear weapons all of my life. Less than 10 months before I was born the first nuclear weapon was detonated in New Mexico. It was code named Trinity. The light of a nuclear explosion is unlike anything else on Earth.…

On this Memorial Day the LA Times has an eyeopening article on the the relationship between members of the military and the civilian population. When my father served during WWII there were few who were not involved in the effort. Everyone knew someone who was serving. When I served in the military during the Vietnam war…

No incumbent majority leader had lost a seat in Congress since 1899, when the post was first created. Rep. Eric Cantor (R-VA) broke that streak last night. He’s announced that he’ll step down from leadership within weeks. Cantor’s stunning defeat…

Email ThisBlogThis!Share to TwitterShare to FacebookShare to Pinterest
Tags Politics

‘Biggest dinosaur ever’ discovered Based on its huge thigh bones, it was 40m (130ft) long and 20m (65ft) tall. Weighing in at 77 tonnes, it was as heavy as 14 African elephants, and seven tonnes heavier than the previous record holder, Argentinosaurus…

Email ThisBlogThis!Share to TwitterShare to FacebookShare to Pinterest
Tags Science

Weekend Fun Facts -The Kennewick Man (via The Moderate Voice)

I attended University from 1964 through 1968.  I took classes in geology – plate tectonics was considered ti be a crazy fringe theory, it’s now accepted fact.  I took physics classes, mostly Newtonian with lots a math a formulas – modern physics…

Email ThisBlogThis!Share to TwitterShare to FacebookShare to Pinterest
Tags Science
Older Posts Home
Subscribe to: Posts (Atom)
There are two novels that can change a bookish fourteen-year old’s life: The Lord of the Rings and Atlas Shrugged. One is a childish fantasy that often engenders a lifelong obsession with its unbelievable heroes, leading to an emotionally stunted, socially crippled adulthood, unable to deal with the real world. The other, of course, involves orcs.
~Kung Fu Monkey
--------------------